Some things I learned this month (March). This post is overdue, but rather late than never, right?So here goes:

If you could choose your destiny/fate, you would choose what Allah chose for you. SubhanAllah. 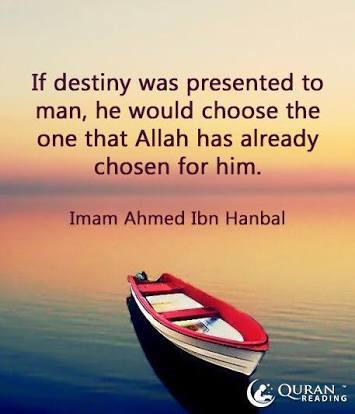 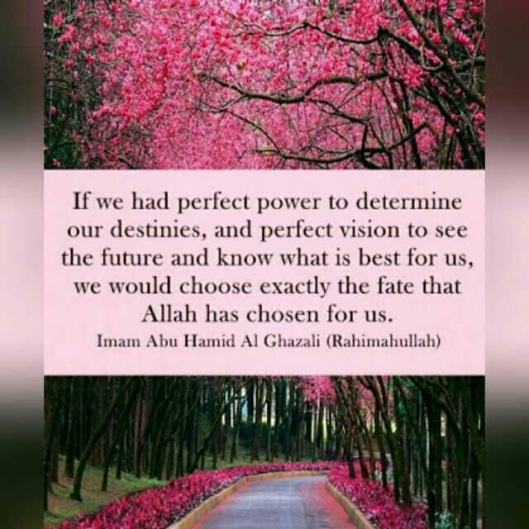 Something I’ve struggled with up until I studied ‘Aqeedah last year was reconciling what I chose for my life and what Allah chose for me. I wrote my Moulana a letter after class, out of gratitude for facilitating the contentment that that precious knowledge brought me.

Something I learned:
I love asking people for marriage advice, so I asked the lady who kindly drops me home for some advice. She’s been married for 30 years. She said that before you make du’a for Allah to grant you a pious husband, first ask him to make YOU pious, and to grant YOU all the good qualities you want in a husband.

Something that works for me:

I have two email accounts, both gmail, and they’re linked so it’s convenient to switch between the two. One is for business and one is for pleasure. So one is used for subscriptions and some social media accounts while the other is for things to attend to. I don’t use the gmail tabs, I’m still old school. But this works for me. I’m not the most organized person in the world but I star things that I want to read later and I have labeled folders to categorise various topics. I’m proud of myself for keeping up fairly neat inboxes.

Some things I heard:

It was an absolute pleasure to learn from Sheikh Yahya Ibrahim in person after having watched him on YouTube. “Love Stories from the Qur’an” was something different and I learned new stuff I didn’t know before, like the story of Ayyūb AS, the fact that Yusuf AS married the wife of the Aziz after all, and the test of Dawūd AS mentioned in Surah Saad. 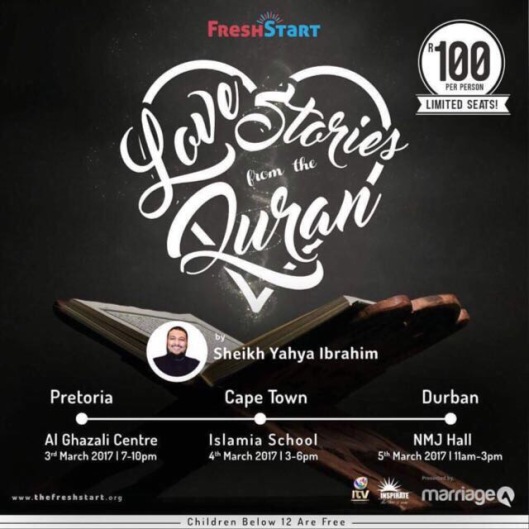 “This lady said to me, “I married a man with a Fajr beard.” I said, “What’s a Fajr beard?” She said,”He’s got a beard that looks like he prays Fajr. I got the beard but not the Fajr!”” – Sh. Yahya Ibrahim.

“Love is the peak of ‘ubudiyyah to Allah.” – Sh Yahya Ibrahim

Some places I tried

I read on a blog that I cannot recall the details of, that you should regularly experience adventure. Adventure doesn’t have to be outrageous, even just trying a new restaurant can be an adventure. So I tried breakfast at Caturra Coffee Bar, lunch at Syriana and supper at Saray – not all on the same day! 😅 They’re all strictly halāl places btw. I was excited to eat kunafa at Syriana – a delicacy I last had in Dubai years ago!

The most sunnah Nikaah I’ve ever witnessed. It was simple, jovial, blessed. From the day they chose, Monday, being a favourite day of the Nabi SAW, encouraging everyone to fast and offering a simple iftaar, on the floor, according to the sunnah. I arrived after Maghrib to jovial nasheed. There were short talks, the actual Nikaah and Salawaat. They gave out a little plate of snacks and an ice cream to take home. Sweet. May Allah SWT grant me a simple, most blessed nikaah one day. Āmīn.

Iftaar on the floor of the masjid 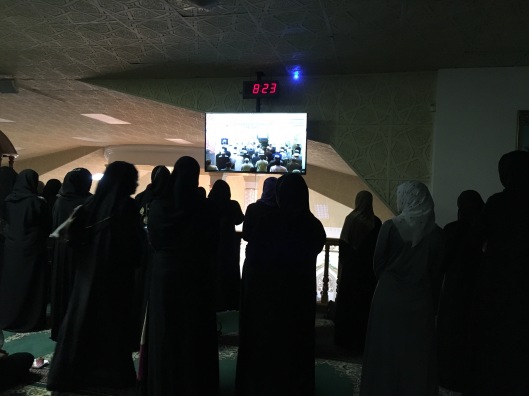 I’m at the point in my life where I’m finding the balance between the perception of practicing Islam in a more rigid manner and approaching an adaptable lifestyle that I believe Islam’s meant to be. I mean a sort of balance between the strictly “no movies, no music, black abaya-only, get married young and have babies” type of Muslim to pleasing Allah by being authentically, comfortably me, and open to respecting and practicing differences of opinion. As I’ve studied, I thought I’d become stricter but I’ve actually become more accepting and tolerant, of myself firstly and of others.

That’s a wrap for March’s edition of “Some things I learned”. Don’t be shy to comment or contact me directly to get in touch.

With best of du’as for your worldly and Hereafter success,