Bismillāh
All praise and thanks are due to Allāh (SWT), who blessed us with the Glorious Qur’ān. Abundant salutations be upon our beloved teacher and role model, the first haafidh, Nabi Muhammad (SAW).

This morning I found myself, or rather, Allah chose me to be, in a gathering of paying tribute to Imaam Adnaan Goder, brother of Ml. Allie Goder (Founder of Darun-Na’im). I first wanted to say I found myself there because I had no idea why I was there, as I had no connection to, and therefore felt no emotion to the Imaam.

I just walked into class and was asked to recite the 5th and 6th maqaras (eighths) of Juz 9. The students of Darun-Na’im were requested to recite a khatm on the rooh of the imaam this morning, which was done in about 20 minutes, subhanAllah. Then the female students were later summoned to the masjid. The tribute started off with nasheeds by Darun-Na’im Girls’ High School, followed by the completion of the khatm by the marhoom’s niece. Sister Roshaan Misbach very emotionally conveyed to us the significance of Imaam Adnaan, rahmatullahi ‘alayhi, to each and every one of us as Darun-Na’im students. I finally understood why I was there.

The imaam passed away on the 8th of September last year, but this beautiful occasion arose now, due to the visit of the marhoom’s family from Australia, and to bring comfort to their hearts. 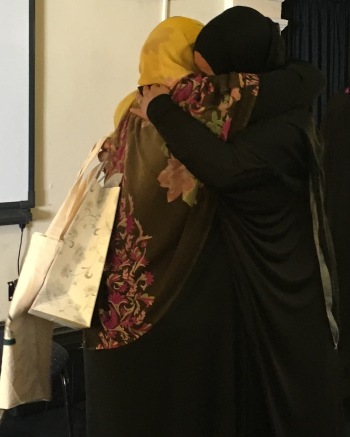 Handing over of the tribute gift

By the permission of Allah, Imaam Adnaan, the eldest brother of Ml. Allie, was the cause and the means for the guidance of Ml. Allie and the direction he took in his life.

He planted the seed

and Ml. Allie knew deep in his heart that he must be like his brother.

One individual can have an impact on so many!

Roshaan had interviewed Ml. Allie about his brother, and one of the stories she shared was that when Ml. Allie started going on jamaat, he couldn’t wait for people to ask him, “Who are you?” because he wanted his name associated with his brother, who had always been known in jamaat, always living Islam. Ml. Allie isn’t about the celebrities you and I think of today, he is about the celebrity of his brother, subhanAllah. Two things that stood out for him were

With regards to his perserverence, he says he came across a brother one day in jamaat, and the man, when he heard that he was the brother of Adnaan Goder, his face lit up. He said to him, “Let me tell you about your brother.” He said, “One day, I was going to a program at Muir Street masjid, and we were regularly meeting there every week. I used to take a particular route there every single week. But this week, instead of driving via the highway, I decided to go via the main road. Low and behold, as I’m driving up the main road towards Muir Street, I see in the distance this man with luggage, and he looks like a tableegh. So I stop and I find that he is Brother Adnaan, and when I engage with him, he said that he made the intention to go (for tableegh) for four months, and he wasn’t going to wait for anybody, so he walked from Athlone to Muir Street in Town.” SubhanAllah. The perserverence of this man in pursuit of knowledge.

Mind you, he never had any formal Islamic Studies. He learned from jamaat – the suhba (companionship) from the brothers, the elders, the wisdom that was passed onto him and his readings, because he loved reading.

When Imaam Adnaan made an intention and set his mind to do something, he saw it through. SubhanAllah.

Whilst on jamaat, one day he ran out of money. So he called his father who arranged with the imaam of the masjid. When he went to the imaam’s house to collect the money, he saw the man’s sister. It was love at first sight, and the rest is history. There was no courting. Just a proposal. This shows the simple life that he had. SubhanAllah.

Another example was that on his 21st birthday, he asked his mother to cook a pot of food for special friends that he was going to invite. Then he went and fetched underprivileged children from Langa (a township) to come and share his birthday with him.

He used to live in Garlandale, Athlone, and at that point they walked to St. Athens Road Masjid for jama’ah salaah since there was no masjid in Garlandale. Then Brother Adnaan had the forsight to see that a shop on a corner was for sale. He persisted and perservered in trying to purchase this piece of land until he eventually purchased the land that is known as the Garlandale Masjid today. He was the first imaam of the masjid. When they bought the masjid, it was just an empty shell. It was at the beginning of Ramadhan and they made taraweeh on a couple of carpets. Sister Roshaan said she imagines it as how masjidun Nabawi started out. Simple, humble beginnings. His life came full circle when his janazah salaah in absentia was performed here.

At his janazah in Australia, the imaam said, “Brisbon today has lost a General.” SubhanAllah. His entire life was lived in a state of obedience to Allah, he was confident about who he was and who he needed to be. He loved Allah (SWT) so much that he just wanted that for others.SubhanAllah. Don’t give up hope in others. Because of Brother Adnaan’s character, Ml. Allie always knew who he needed to be, despite the fact that he wasn’t there yet. Imaam Adnaan’s favourite aayah was: 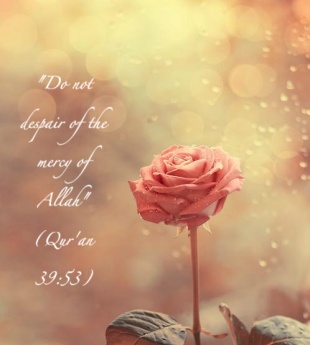 His legacy and how it ties to Darun-Na’im Students

Ml. Allie’s turning point in his life was when he started thinking a lot more about death. He decided to make a change. He started going to university in his sunnah garb. He lost 90% of his friends, subhanAllah. Instead of spending more time in the cafeteria, he started spending more time in the JK (Jamat Khana). Allah grants his hidayah, but how was the seed planted? Through his brother.

Ml. Allie consequently impacted the lives of many, including Haafitha Radia Bawa, who subsequently was the cause of my guidance. Just imagine, Imaam Adnaan shares the reward of everyone. SubhanAllah. (May Allah grant me and you to be a means and cause of guidance so the chain may continue. Aameen.)

By the end of the gathering, I felt emotion towards Imaam Adnaan and grateful for the opportunity to take part in his khatm, his tribute gathering and his legacy.